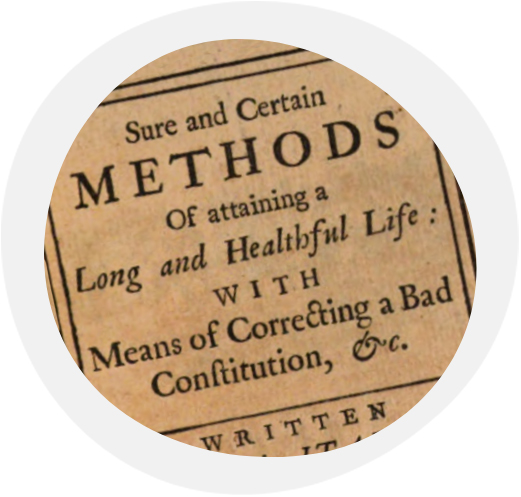 Our strategy in Samsara is to treat diseases where there is a high unmet need. But we also want to find out how our molecules work to affect healthspan and longevity. The ultimate ambition is to one day give these drugs to healthy patients to increase their healthy lifespan.

The centrality of autophagy to healthy lifespan

Cells accumulate damaged components and need to recycle them, using an ingenious mechanism that can break down junk and malfunctioning subcomponents and re-use the resulting macromolecules for rebuilding the cell. Imagine that your automobile transmission broke. Instead of installing a new one, your car would be able to melt down the transmission into pure metal, and then re-build a working version. This is akin to the rejuvenating process of autophagy. 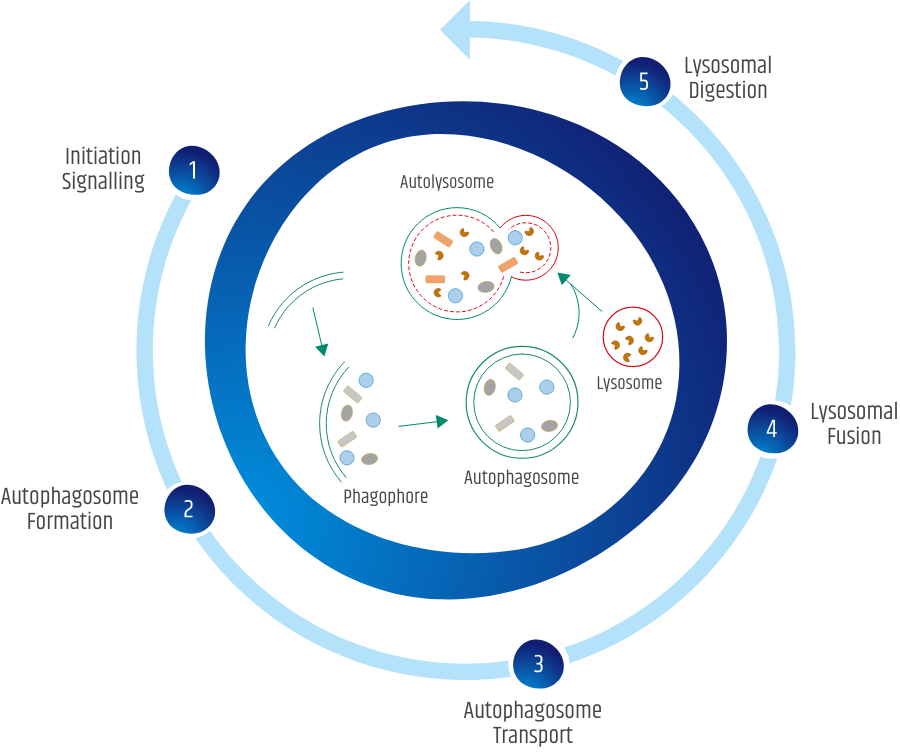 Figure 1 The autophagosome encircles the target cargo (e.g., protein aggregates, lipid droplets, malfunctioning organelles) and then fuses with the acidic lysosome that degrades the cargo and allows for recycling of the resulting macromolecules.

Autophagy is the main reason why fasting and caloric restriction are beneficial to health. In mice, a caloric deficit of 30% extends median lifespan by about 30%, and the animals age more slowly. In animals that are genetically blocked from undergoing autophagy, then caloric restriction/fasting, rapamycin, spermidine, and exercise fail to extend healthy lifespan as they normally would. Intact autophagy is necessary for lifespan extension by these interventions. 2

The strength of autophagy declines with age. This decline in autophagy is implicated in many age-related diseases, including cardiometabolic disease, cancer, immune senescence, and especially neurodegeneration. Indeed – as you would expect for a mechanism that slows aging – there are very few diseases where autophagy enhancement is notbeneficial. 5

Extending both Healthspan and Lifespan

The goal of geroscience research, as defined by the US National Institute on Aging, is to extend healthy lifespan. The objective is not to induce the ‘Curse of Tithonus’ – where a character in Greek mythology requested ‘immortality’ without reading the literalist fine print: he failed to also request ‘eternal youth’ and shriveled up into a grasshopper. Any intervention that fundamentally slows aging also extends healthy lifespan, by definition.

There do exist a few examples of autophagy-enhancing drugs, which were discovered to enhance autophagy accidentally — such as metformin and rapamycin. Unfortunately, metformin is a very weak enhancer of autophagy and enhances mouse lifespan only 5% (but there is good reason to believe it will extend healthy human lifespan). Rapamycin is more potent, extending mouse lifespan 10-17%, but it carries side effects including immune suppression Rapamycin suppresses the key protein known as mTOR, which may not be suitable for treating all age-related diseases. One of the goals of Samsara is to develop new autophagy enhancers that do not act via mTOR, and therefore can be safely applied to a wider range of diseases.

Treating the primary causes of disease rather than symptoms

Most drugs address the symptoms of disease, rather than the primary molecular causes. For example, in Alzheimer’s disease (AD), a common marker is the aggregation of pathogen protein plaques, such as amyloid beta. The pharmaceutical industry has spent many billions of dollars and 30 years trying to directly drug the amyloid beta protein that is present in the brains of some AD patients. They are trying to remove this protein when it is already too late, and it has had no effect on cognition. It would be better to address the upstream, original cause of the damaged protein accumulation: the failure of cells to recycle their protein components (“proteostasis”), and this failure largely occurs at the lysosome (the acidic ‘stomach’ of the cell that is involved in autophagy). 6 7

The same is also true of cancer. Cancer is caused by DNA mutations. These mutations accumulate with age, and cancer risk rises with age concurrently. What if there was a way to prevent the damage that causes cancer in the first place, while also enhancing the immune system’s surveillance and elimination of nascent tumors? Autophagy does both. 8 9 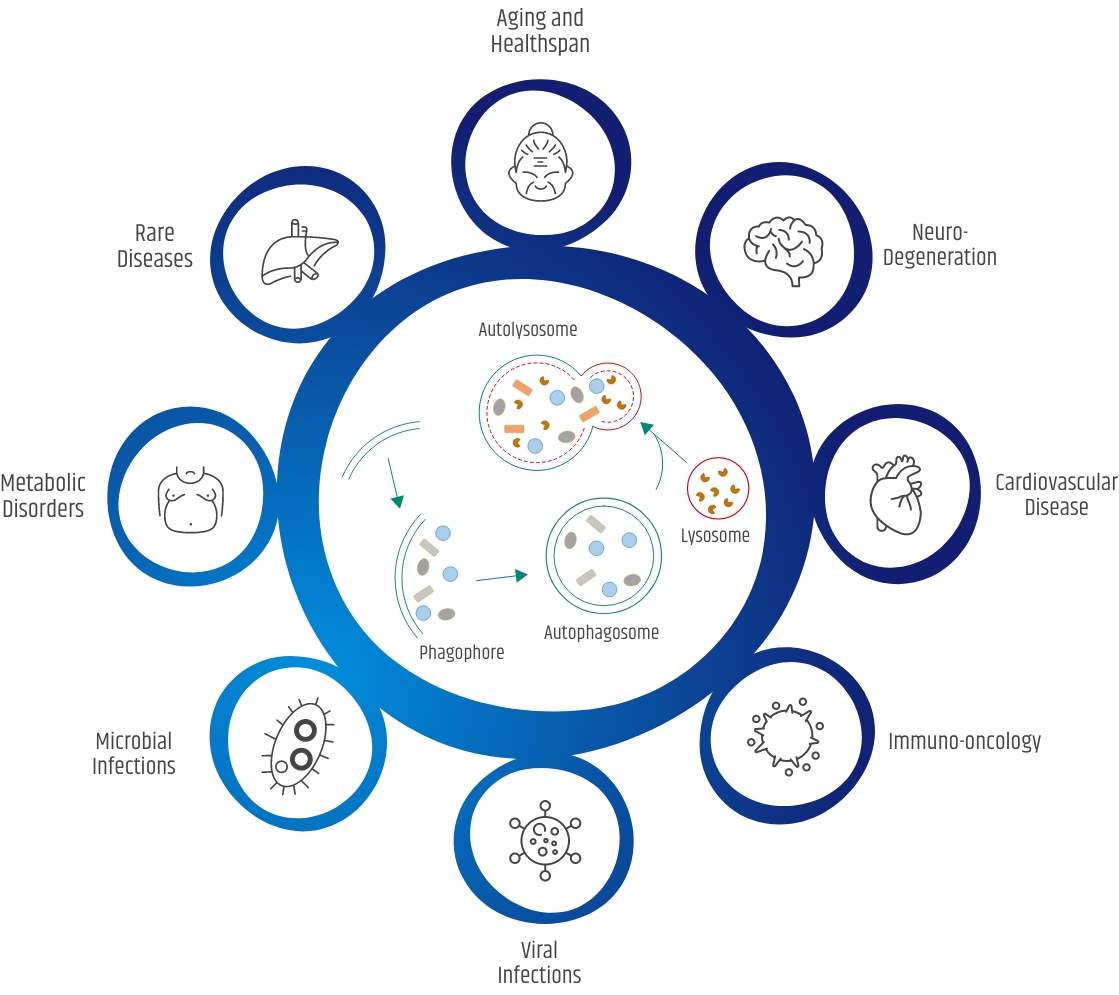 If you have ever tried fasting, you will realize that it is psychologically difficult to sustain. The idea of voluntarily abstaining from food goes against our strongest evolutionary instincts to overeat, because during most of human evolutionary history, food was scarce – you need to eat as much as possible when food is available. Few among us have the willpower to abstain from food for long. Furthermore, patients who are suffering from serious diseases are often unable to fast.

The therapeutic value of fasting is profound, however. And the physiological effects of fasting are mediated through increased autophagy.  So the final word should go to the experts in the field of fasting, who often say, ‘if the benefits of fasting could be bottled into a drug, it would become the best-selling and most impactful drug of all time.’ 10